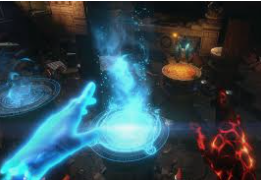 Stand up comedy, the business of making people laugh in a group, was always arithmetic. Formula, personality, crowds reacting in a certain way because setting and conditions, how they’re seated, temperature of the space, the general mood of society. It goes on and on. They all play into why people laugh in a room. Its NOT simple, trust me. In the world of covid, live comedy went from grade 10 math, to nuclear physics. There’s SO much more to consider now. The dynamics are different and the variables even greater. Same applies to magic and the variety arts.

To that end, I think I’ve come to the conclusion that virtual performance, with all of its shit and limitations, might actually be the way forward. Maybe for a long while. People are just uneasy in a real world setting now and its a hurdle thats hard to overcome in a comedy space. Is it being done? YES. But its hard, and for how long it can last I genuinely don’t know. I’m really starting to revisit my thinking on performance in real life and its damn hard. I don’t like it because I’m old and I’ve been around a long time. I’ve worked all over the world and I know how shit works for live crowds.

Its a whole new world, and I guess I’m saying we as artists better start rethinking the work or we’re gonna be irrelevant fast. Its the end of high school, its the end of the summer and you know you have to get some kinda job, and if you leave it too long you’re gonna be the kid living at home forever. If you know me even casually, you know what a massive concession this is, but I just think….its the hand we’re dealt. We’re creative people, we can best this fucker….. Its just gonna be work.

See ya in cyber space,