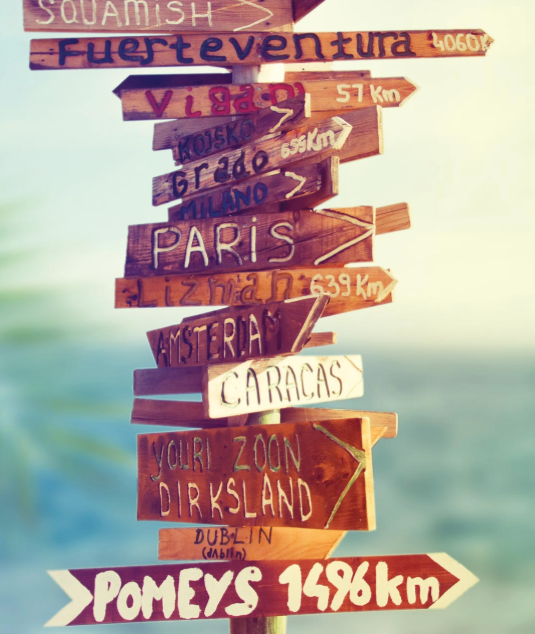 The snow is falling here in Toronto. I leave Sunday for 2 months on the road performing on various Holland America cruise ships.  I have two corporate after dinner events to perform at this week here in the city and then swoosh, I’m gone. Comedian and Magician Matthew DiSero gone from the snow and out.  It’s ok.

Two months sounds like A LOT of time away from family; and it certainly is.  That said, I’ve been reflecting on it over the weekend. I have everything I could have ever conceivably wanted.  Genuinely, I don’t want for anything.  I have the house, car, all the toys I could want, I’ve bought back most of my youth by way of 80’s video games and toys, my son has all the toys he could want, we do a ton of things as a family, the missus stays home with our son and she doesn’t have to work.  She’s got a busy life, but she gets to devote all her time to our son, something she wanted and I’m home most of the time too to help take the pressure off.

If time is the most precious commodity in the world, show business has given me plenty of it.  Never had to go and work some 9-5 day job.  Never. There was a time when I had a job as a movie theatre usher ( which I dearly loved and would do again in a heartbeat ) and by grade 10 I was done with that.  Performing for a living ever since has been the best thing for me. The business of showbusiness is 80% time at home.  It’s allowed for some nice things. My family and I go out every day, somewhere, midday and hang out, museum, mall, beach, park, aquarium etc. Special and not so special family outings that happen while most people are at work. It’s a real blessing. When I am away the travel to other countries is pretty cool and interesting and my family can often come with me. Its THE number one question I get performing on Holland America. Passengers always ask if HAL lets me take my family with me. The answer is always yes. In fact, as an employer Holland America is spectacular.

So, going away for 2 months without the family certainly sucks. I’ll be in the Caribbean and central and south America and 2 runs through the Panama Canal, and alone. Sort of. I’m working with John Wing, a talented comedian and old friend.  That makes road life easier, working with friends. It also makes the shows much better too.  Am I thrilled about being away from family and friends? Of course not, but what those two months buys for me is many more months at home, financially free, with time exclusively with my family to do what I want with.  That’s a pretty great trade off.

I don’t think I’ll ever take 2 months straight on the road again, but at the same time, never say never. I’m thankful for what showbusiness and most recently Holland America Line has given me. It can’t be denied that HAL is one of the best cruise lines on the planet. Exemplary food and service, interesting ports, living conditions that are wonderful, staff that cater to you in a way I’ve not seen on other cruise ships and shows that are engaging and fun. My own headline shows give me a certain amount of joy. Not solely for the standing ovations at the end or the sound of 1400 people laughing in the theatre, but the performance generates something better.  It gives me entrée to meet the passengers after the show, talk to them and learn about the interesting places they live and the lives they lead.  One could argue that’s part of the job, but I genuinely enjoy it.  I’m paid to go and make people laugh as hard as they can, amaze them with magic and then I get to learn about people and where they’re from.  I’m not sure, but I think it’s the best job in the world.

Again, these are the Holland American Line ships I’ll be on in the coming months.  Give HAL a call and book a trip, you won’t be disappointed.  Hey, I hear the comedy magician from Toronto is pretty sexy too… just sayin’ 😉

See you on the seas…. until then….