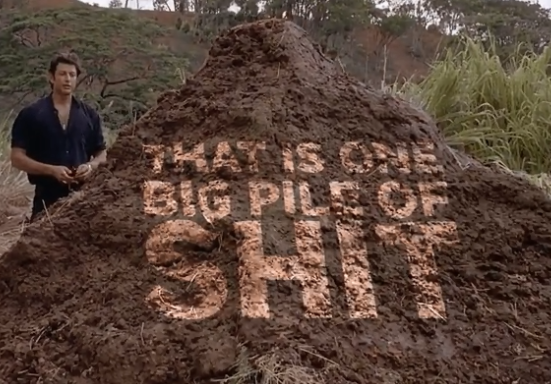 The name of this blog is Setec Astronomy; an anagram for Too Many Secrets. Magic has secrets that should never get out, and some that don’t matter. Here’s an open secret. You have to be in front of a live audience to perform a show for them.
I love comedy and I love magic. Maybe you think I’m terrible at both, maybe you don’t, whatever, I don’t care. Here’s my opinion and I’m gonna take some shit for this, but so be it…. I don’t think these virtual comedy shows and magic shows and variety shows aid ANYTHING.  In fact, I think they destroy the industry.

I’ve thought about it for a while now. Interviews and doing a piece of magic on them, no problem.  But a full stand up show online, without an audience looks awful. It sounds awful. It cannot work without people in front of you. Let it go, don’t do it !
If you’re a pro and you know anything about the dynamics of working for an audience, you should see that. You will know that aside from being funny, crowds laugh because they’re in a group. They laugh because it comes from the front row of the stage. Its why dark clubs with low ceilings, no distractions and a packed, tight audience laugh hard and are the best places to perform. Its why spaced out distracted crowds are awful. Its the reason the 50 feet of dance floor in front of you at the corporate event makes the show unsuccessful ( don’t gimme that bunk that you can make it work, you can’t. ). If your audience can’t hear the other people in the crowd laugh, it doesn’t work. If YOU can’t hear it, it doesn’t work. You have no timing, they have no sense of scale. Its just the arithmetic of performance.

When this wretched virus and social distancing ends ( and it will ) live performance will come back. Until that time all this virtual performing does ( in my opinion ) is look like a desperate money grab and plant the image in the mind of potential future fans and buyers that you ( we, the thing ) doesn’t work. It looks cheap. It doesn’t work because it looks sad to see someone deliver a line and pause three beats to an empty blank nothing. A friend yesterday made the point that if a client sees a crappy band, they book another band. They see a crappy comedian or magician or variety artist and they assume we’re all bad and won’t work for their venue or event. I really fear that if enough of society sees sub par work, where it looks like an act is struggling that image will stick. Whatever work you lost to this virus will go away permanently.

I’m not saying don’t perform magic online. I totally advocate for showing other magicians your work and using the video medium to have other performers eyes on it. That helps to keep the performing chops and passion going when audiences aren’t there for us to work. The big caveat to that is to keep those videos private or in magic groups not accessible to the public. The goal here is to not allow the public access to a video that might harm you, us and magic down the line. I only share video of works in progress with trusted friends who I know will not share it. I’d never want someone who was going to hire me to see that until the piece is perfected. I think the same applies to shows online. I don’t care who it is, no one has perfected online magic and comedy shows yet. So let’s workshop the medium, but not let it out.

I love magic and I love comedy. I want them to survive. Lets just see some forrest for the trees and not kick those art’s when they’re down. Max Maven rightly points out that magic was once seen as a profoundly important art and it took not but 60 years of magicians performing to trivialize it. Lets not add another ten years to the baggage, because magic is already hauling freight.

Until the footlights are on and the ghost light is off,