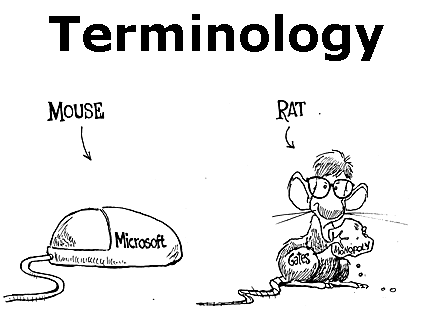 Interestingly, and maybe annoyingly, magicians seem to use the terms interchangeably.

It needs to be dealt with, because there’s a big difference between a magician with some funny lines in their show and a magician who’s actually a COMEDIAN. I used to think that if you had a comedy club background, by that I mean actually performing regularly at comedy clubs and not just renting out the venue or performing at one once, then you got to use comedian.  I’m not so sure about that distinction now.

It must be difficult for potential clients to figure it out too.  Many clients want a comedian but like the safety and interactive nature of magic.  When they buy a magician who says they’re a comedian and magician, and show up with a few stock lines peppered into their act its always a disappointment. I’m fortunate in that regard, since I’m represented by an agency that handles exclusively the best comedy talent in the country.  When a client buys from that agency they know they’re getting talent that has a true comedy background, and the show is a comedy performance. That said I’ve certainly heard horror stories from when clients have booked elsewhere.

I’m particular about using the words comedy and comedian because my own foundation from performing for years in comedy clubs, bars, one nighters and comedy festivals in my early career and then moving on to higher end corporate conferences and conventions brings a certain sensibility to my work.  A magician who has some old hacky lines does not have that same performing chops and timing. I’m not sure they should get to use comedian or comedy in their title. I think to truly be labeled funny you need to generate the jokes yourself, have them be OF yourself and have the pace and timing of a comedian all while performing magic that really fools the audience. You also need to be doing material that no one else is doing. That’s the combination we’re after and one I think I’ve got going. Once you have those things, then you get to be called Comedian Magician or Comedy Magician. We really do need one definitive name.

Perhaps the real test is this: If you want to call yourself a comedy magician or comedian / magician or be thought of as an act working in professional comedy, then you should be able to share the stage with other stand-up comics and be as good or better than them. You ought to be able to stand toe to toe on the same stage and get the same number of laughs as good comics, otherwise you aren’t really a comic.  You’re a magician with some jokes.

At the end of the day, personally, I always strive for consistent sustained laughs throughout my show.  Each piece in my act has original, interactive and varied styles of comedy and then a strong magical ending. I do not solely rely on the props to be funny. It’s a difficult distinction to make clear and I’m probably not doing it well, but I’m fairly certain I qualify as comedian / magician.

As my friend and illusionist Ryan Joyce often says, “The key is to be interesting and yourself”. I think that’s true. A real comedian writes material they’ve generated themselves, from their own experiences. They’ve tested and refined that material over hundreds of shows and distilled each line down to its essence to make it the funniest it can be. Most magicians, I think, dig up lines in books and slide them into their magic tricks wherever possible.  It’s not the same thing, I know that for sure.  I think for clarity or buyers of our product there needs to be some benchmark that makes for this distinction. Oddly, I’ve never seen anyone use the phrase Improv magician, maybe that’s coming next 😉

What do you think?