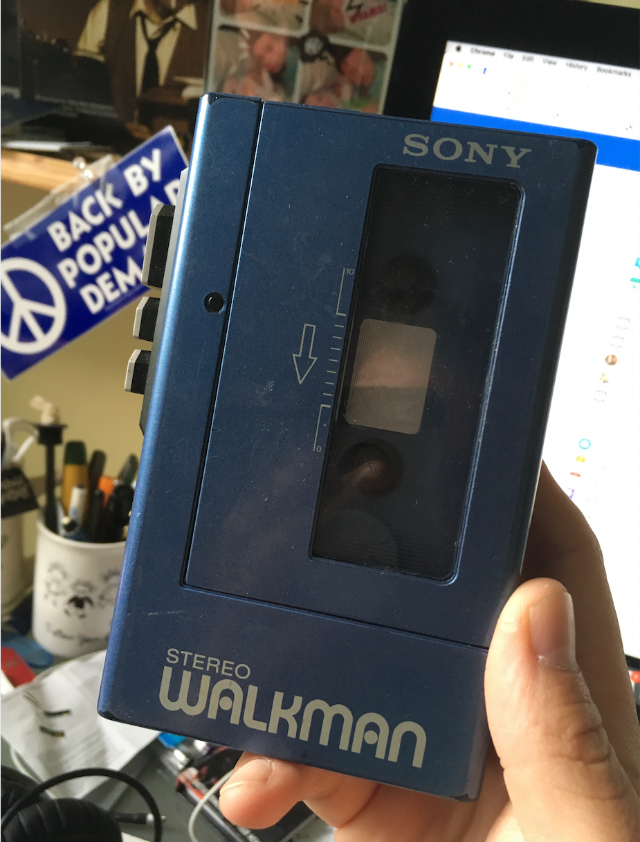 40 years ago today Sony released the Walkman.  It changed music and the way we interact with the world; or more to the point how we don’t interact with it.  Nothing was going to be the same after that first Walkman came out, a game changer.  Then Apple came along and changed the game again.  As I’m sure something will come to make the iPhone / iPod era look quaint and old fashioned.  I’ve always enjoyed new technological gadgets, they’re just cool.

Brings me to an interesting point about entertainers, comedy acts especially.  Many of them eschew tech in their shows, instead opting for the basic general wash of white light on the stage and a microphone on a stand.  I’m one of those people. I have no tech in my show. I want the audience to focus on me and what I’m saying, and it has to be ME that creates the show… BUT…..

I think its unwise to hire talent that has no use for, or access to technology to add to their performance.  While it’s true I don’t use any tech onstage, I have remote control music and screen images for preshow, as people walk into the venue and are seated and settled.  For cruise ships that I perform on such as Holland America, who have discerning audiences who are used to seeing theatre, this is very important. That sets a tone, and that’s important.  Images on the screen say something about the show they’re going to see and about who I am. All that before I’ve even walked onstage. There’s preshow video to give the audience a chance to sample what they’re about to see. It keeps them occupied for the otherwise boring transition from seating until performance time. It keeps them up and laughing.  It also keeps the crowd at an energy level that’s easy for me to work with.  That gets done in preshow and it time I don’t have to use onstage to build up the audience. I’m more impactful right away. Always a better place to be.

I use technology for everything that surrounds my show in the hopes of building profile, anticipation and setting mood. These things are all leverageable to increase the impact of the show.  That’s what I want.  Everyone to have an amazing time. Too many entertainers don’t give any consideration to tech, let it slide and it’s the sign of an amateur.  Someone I wouldn’t suggest you hire.

Just my two cents for things to think about when hiring an entertainer for your corporate after dinner or special event.
Until next time,