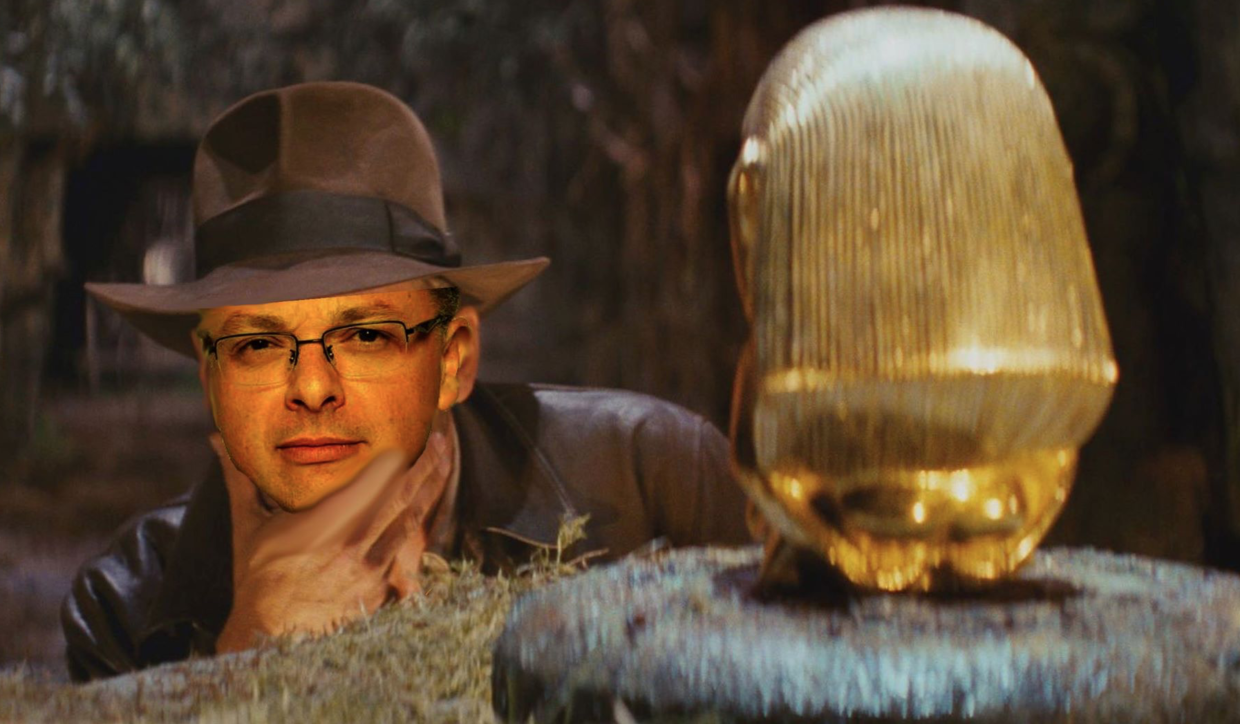 Show business is chess.  It isn’t checkers. Everything is long game.
So maybe this is a bad play. Its hard to say what to do.

I’m 46 years old.  I’ve been performing in this business of show full time, never having a job or anyone to split a household bill with me for 30 years.  An exceptional run, by any standards. I often say show business has been very good to me, better than I deserve.  But that’s a lie.  I’m a damn good act, and I know my work. I’ve earned what I’ve achieved. I’m a good magician and comedian.

That said, at this 100+ days into covid with it crushing show business, venues and showing no signs of stopping. It appears my career is over. The reality is that while there are some virtual shows to be had there are not enough. None at a high paying enough price point to create a real living. Sure there are outliers, ones who’ve made 140k virtual in a night, but that’s rare. The bigger shows that will facilitate that income won’t be back for over a year. Its likely more and its already been almost 4 months. The reality is, it will have been 2 years without work by the end of it.

I have no spouse with a job, or family money or side hustle cash coming in.  That means it has to be an income that supports my house ( which I owe very little on ) a car ( which is paid for ) and its variety of bills, house hold bills and something that resembles savings for emergencies and savings for retirement ( HA! like that will happen ). Chief responsibility above all of those things is the 5 year old and other adult in this house who depend on me to pay those bills, and to provide a safe stable future with reasonable expectation food will be in the house and as normal a life as can be had when they’re attached to a touring performer.

To that end, it seems show business was generous enough to let me have 30 great years.  Years being paid to travel the planet and appear on television, radio, theatres and cruise ships. It was pretty great, in fact it was not just a career I love, its the only one I ever really wanted. It could be that’s over now and maybe I should jump ahead of it.

I started in the late 1980’s / early 90’s recession. I’ve fought back that, and the tech collapse in 98, then 9/11, then the 2008 collapse.  Losing work, money and momentum each time.  EVERY FUCKING TIME. But I kept going because this is the job I love and I didn’t swim this far out to sea to save anything for the swim back.

I’m starting to look back to shore now

For the first time since I was 16 years old I think, MAYBE I will begin the process of looking for a job. That statement sickens me and is profoundly soul crushing. There is no way for me to describe exactly how that feels. There isn’t. You might have lost a job at one point, and think you know, but you don’t. A career in the arts is very different and I’m not just saying that.

Yes, I’m sure you’ve had a job your whole life.  Me too, mine was really different than yours. If you think after a life time of performing and beating a nearly impossible business with odds so crazily stacked against you, and building relationships and a successful business, and be one of the select few that are good enough to be paid to travel the world to share your work…. if you think that its not a giant kick in the yam bag to have to give that up and go out to look for a day job, at 46… you’d be wrong. When I think about it, literally, its hard to breathe.

The worst thing that could happen is to ride this Covid waiting game out too long and have to make decisions last minute. Too many people and physical things depend on me to roll those dice.  The arts have taught me one valuable lesson and that is to never make decisions from a position of panic and weakness.  So, while I still have money enough to survive for quite a while longer, is it best to get ahead of this? Email me and tell me what you think… I honestly don’t know.

I have no marketable skills. At least none anyone would hire on without work experience. I toured with a comic named Hal Spear.  He passed away, but I remember him having to get a day job at one point. It was when show business crapped out on him.  I asked what that was like.  His reply was “It makes you feel very small”. Originally I took that to mean that somehow a day job, working for someone was “less” than what we do and not honourable, I didn’t care for that position at all.

Now I see what he really meant.  He meant I think, that you’re used to being the centre of attention while you’re onstage, and there’s a faux glamour that comes with being flown around paid handsomely to travel and perform. Life is on the wire, papa Wallenda says, the rest is waiting.    It wasn’t a shot against working people, its just that its a way of working that we’ve never even considered and holy crap its hard, and you’re often ignored. You feel small because you realize how good you’ve had it all this time working in the business of show.

Covid calls check mate. Until I see you in the park with Bobby Fisher,