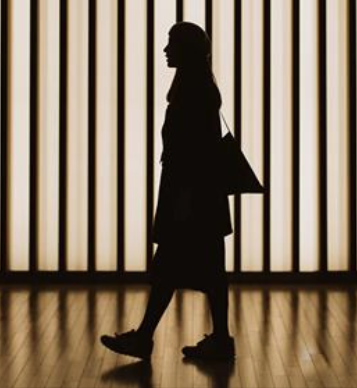 I want to find my old friend Heather Spindler.  I went Central Peel high school in Brampton, Ontario with her. One of the best people I ever knew in that school. Sure, I was madly in love with her, but that’s not what I’m here to lament.  That I would pine over her for the remainder of high school and most of my performing years after, sending me into a Martin from Grosse Point Blank style of mess is a funny, tragic and… beside the point story. Terminally pretty in a way I can’t describe, a funny, sweet, goth and rock  and rockabilly kinda woman and other than myself the only person I know who liked Vince Neil’s solo album.  Sister of Pain … c’mon, it’s a fun song.

Without even knowing it she put me on a path.

One night, at a house party, hanging out in a bedroom away from everyone else something amazing happened. Not for long, but a while, the topic of magic comes up.  I was already a performing magician then and she’d seen me do smaller shows around the school and other places.  As we’re hanging out she gave me an important piece of performing advice.  Something so simple yet so ridiculously profound it changed my entire life as it relates to the arts.  It allowed for a lot of success down the line.
All I want to do is thank her.  She can’t possibly know what that did for me. I NEED to thank her. She gave me a life without even knowing it. A really great life.

Here’s the thing: around grade 11 she vanished. Literally vanished. I used to drive to school with her every morning and hang out all the time etc… then one morning she just stopped taking phone calls from me ( and everyone ), didn’t speak to a soul, just ….vanished.  Ghosted all of high school society. I’ve no idea why. No one seems to know why. I never got to talk to her again. Mornings weren’t the same, school became boring. In the end, I was performing so much at night I had to switch to Indec North to finish school. I only had to attend classes one day a week and work on my own, it’s what I needed to allow for my night time performing schedule.  I was too distraught to finish regular school anyway.

That was about 30 years ago.  I’ve been looking for her all this time. It’s been kind of a hobby. She has no social media presence or phone listings.  Nothing. Aside from the crushing dating mess that was Kathrine, someone with whom I had an unnatural amount of physical chemistry that should not be allowed on the planet, and the Kim that I missed out on, Heather is one of those great life defeats.  It’s not a dating thing I refer to. It’s just one of those defeats’ life throws you because there’s nothing you can do, so you do nothing. Someone important in your life vanishes and that’s all there is to it.  I’m a believer in “everything happens for a reason”. She came into my life for a reason. Two actually, and one was that bit of advice. Maybe she vanished for a reason too.  Maybe she was a guardian angel and then evaporated.  I don’t know. She was like one of the witches from a Wrinkle In Time, only I had a crush on her too.

Maybe she’ll read this blog post and contact me. No one ever reads this blog, it’s for google rankings for my act, that’s really why I write it.  Google. BUT… who knows.  Maybe. Long shots pay off.  I mean if the long shot of a lower middle-class kid from Brampton Ontario can become a full-time performing comedian / magician who’s never had a day job in his life, gets to tour the globe performing on some of the biggest and best stages and television shows in the world…. If THAT long shot can pay off, maybe the long shot of Heather seeing this can pay off.
If you’re reading this H, I’d really like just 5 minutes of your time.

Remember how it goes?….Each one of us is a brain, an athlete, a basket case, a princess and a criminal. They see us in the simplest terms and the most convenient definitions. 😉