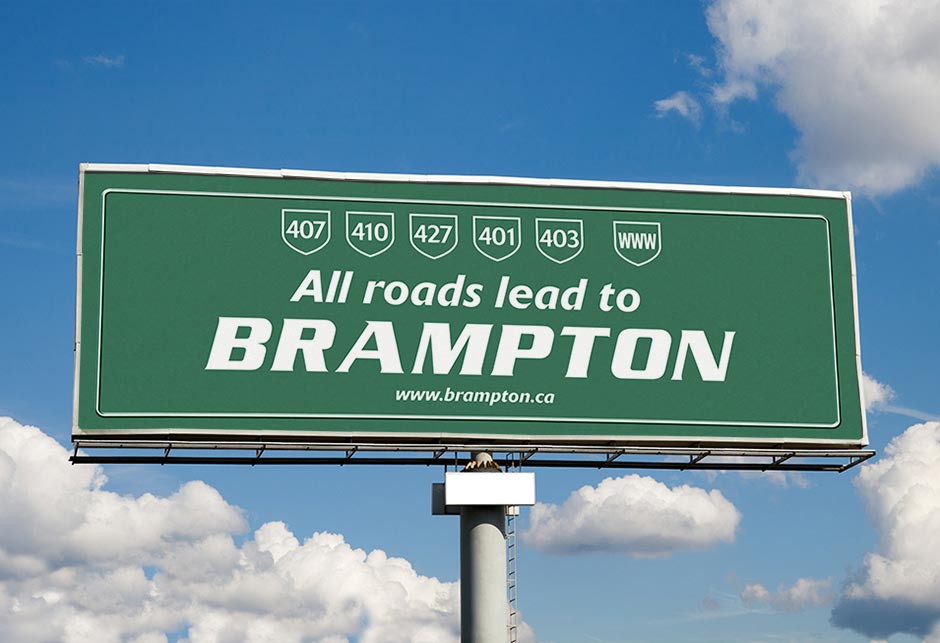 All Roads Lead to Brampton

You don’t hear much about acts who take their shot and miss, but I’ll tell you what happens to them.  They end up working dead end jobs on crazy shifts because they spent too much time chasing their dreams and not enough time preparing for what happens should that dream not come true. I was always taught to be mindful of that.

I grew up in Brampton Ontario.  A 45 min drive from the centre of Toronto, Canada.  By the time I was 16 I’d been performing magic for about 6 years at birthday parties, malls and libraries.  That was all Brampton had to offer me.

Not long after my 16th birthday I was fortunate enough to win a comedy competition I’d read about in the local paper.  Acts performed every week in elimination rounds until someone was the winner. Still in high school I lied about my age to enter. I combined magic and comedy into a set which amazingly, won, not just the first night but over all. There were two “professional” judges for the final night. Agents who booked Harpers, “A Little Night Magic” Toronto’s longest running magic dinner theatre, and the Laugh Resort Comedy Club in downtown Toronto.  Both shows were in the same building.  The dinner theatre on the main floor and comedy club 4 floors up.  You’d need a sherpa to get up there. For winning the contest and surviving weeks of rounds of competition,  I received the princely sum of 100 dollars, and a 5 min spot at the Laugh Resort. No sherpa.

There it was. Finally. I was going to get out of Brampton and into Toronto, where I would not doubt meet people like me, with the same interest in creating humorous magic.  Surely upon my arrival at the club I’d meet the Andy Warhol of the Toronto magic scene and he would invite me to the magician version of The Factory and I could get on with being the Fran Lebowitz of magic.

I did the 5 min spot at the comedy club, and I died horribly.

Eric Tunney was the host that night and he was very generous to me, as Eric was to everyone. I was young, awful, poorly dressed and had never really been out of Brampton to perform.  I was nervous and unprepared. Fortunately Doug Blakely, the booker for the magic dinner theatre and one of those comedy competition judges had an interest in hiring me downstairs and the magic theatre.  A  young guy who would work cheap, who wouldn’t want that.  Still, a second chance presented itself.  I really wanted the comedy club but the dinner theatre was pretty amazing too.  Every act I’d read about or met at the magic shop performed there. A dream come true to be honest. It was the best place to learn and get my performance chops.  Performing regularly over a number of years  put me on the path to a full time career in comedy and magic and along the way I became close to other working artists who remain friends to this day.

I recall my first night at A Little Night Magic. David Ben was performing close up, Glenn Ottaway was emcee, David Peck did the manipulation portion of the show and Ken and Barbie Poynter were closing with their illusions, all still friends to this day.  First night there was my “audition” night. Doug was in the audience and a bunch of other acts came to see how new guy took the pressure. You could tell the theatre had a social clique amongst the acts and word must have spread fast about young guy coming in.  I really wanted to be in that crowd.  Sadly, I’ve never been “in” any crowd.

Fold or hang tough. Call or raise the bet. These are decisions you make at the poker table. Sometimes the odds are stacked so clear there’s only one way to play it. Other times you’re best doing whats in your gut. That’s very much how a showcase spot goes when its something you really want. You never really know how exactly to play it until you’re onstage. In my experience its best to go with your gut.  I got hired as an act at Harpers, A little Night Magic, mostly because I did what my gut told me to do.

Upon reflection, I have Doug Blakley and Jim Vanderburg,  ( booker of the comedy club and second judge at the comedy competition ) to thank for my career.  They got me out of Brampton. They let a young kid play their venue and get much needed stage time and experience along the way.  “Earn while you learn” I like to say.

A little Night Magic led to the Laugh Resort, which led to Yuk Yuks. That led to university gigs and then to corporate events. They led to performing at casino’s in theatre’s and cruise ships around the world. From there it wasn’t far to TV shows like Penn and Teller Fool US and America’s Got Talent. The booker from Yuk Yuks left that organization and now handles most of my corporate work, he was comedian Russell Peters manager at one time. Russell is a high school friend from Brampton. Its been a remarkably lucky ride, all spawning from Brampton.  Were I of a religious nature I’d say I was blessed.  Funny. It all started back at a little bar in Brampton, when a kid who dreamed of getting out of a lower middle class life happened to win a comedy competition that no one ever heard of.

Its all pure luck, this career of mine.  Anyone who says its talent is lying. Talent has little to do with it.  Luck, that’s the name of the the show business game. 27 years of this and I’ve never had to work a 9-5 for someone.  I’ve only ever been an act. Traveling the world and getting paid for it. Its put me into a pretty comfortable life. Pure luck.

As I said at the beginning, its always best to prepare for taking your shot and missing.  If you know me at all, you wouldn’t be surprised to know I never followed that advice. I gave myself only one option:  success. Failure just wasn’t on the table because I have nothing else to fall back on. Showbiz IS my fall back. Its a pretty stupid play, since I now have a child to missus to look after. Neither of them work and I still have a mortgage. It could all come crashing down on me, if the luck of show business ever kicks out. Its happened to much better performers than I.  Still, I think I’ll keep swinging at it.  If you consider where I started, I should never have come this far.  So, lets see how far I can check it up.  I’m no fan of not knowing how its going to go, but I still love the thrill of performing, and all it takes is a single day for things to change for the better. Hard to give that up. I’m going with my gut.

Like papa Wallenda said “Life is on the wire, the rest is just waiting”