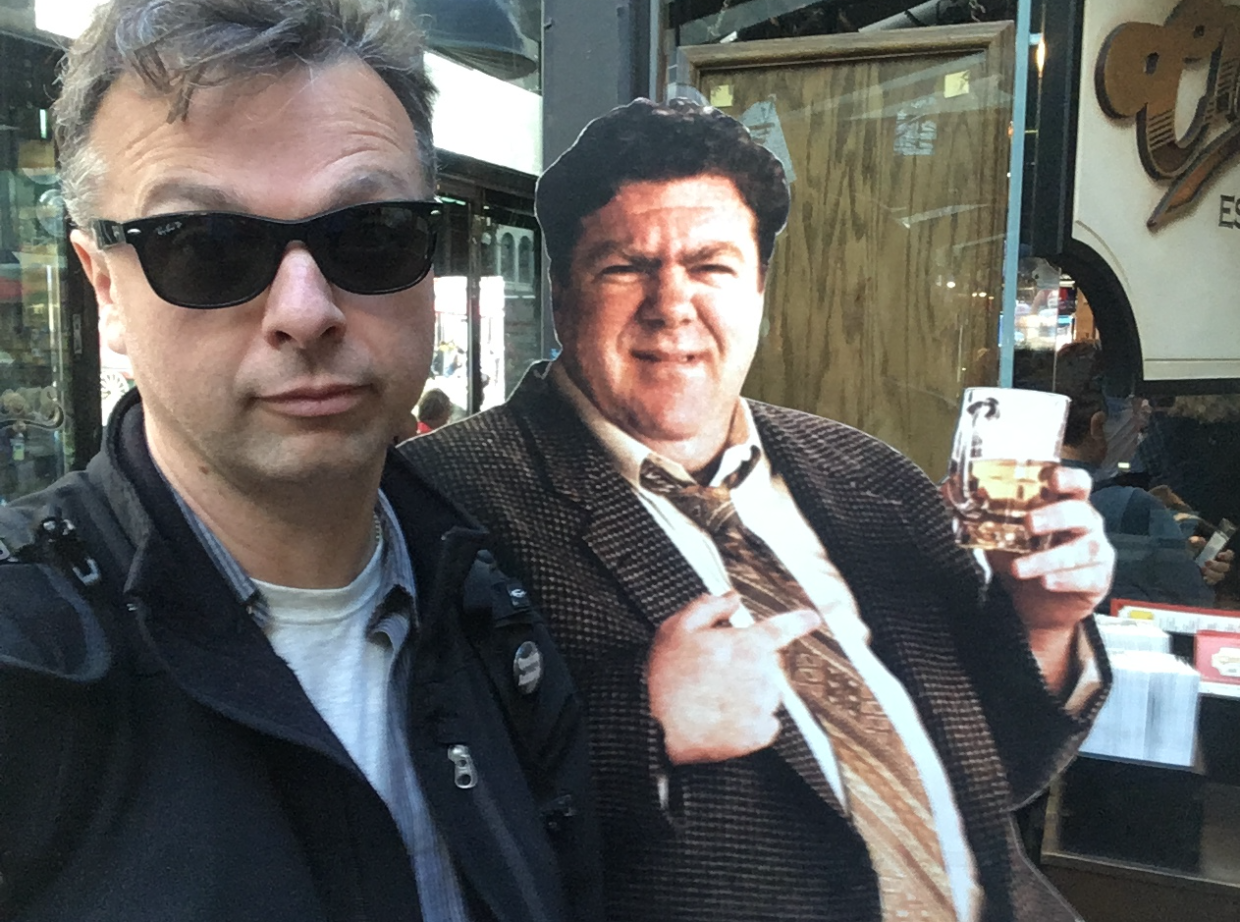 Miles, portrayed by Curtis Armstrong, was right. I’ve largely based my career on this one simple thought.
I just spent 11 days on the Holland America’s cruise ship The MS Rotterdam. What a fantastic time. Halifax, Bar Harbour, Boston, an OVERNIGHT in Manhattan, Charleston, Key West, Tampa then home to Toronto.
I went to Cheers in Boston because, you have to… As Norm says “It’s a dog eat dog world and I have Milk Bone Underwear. “
As cruise ship runs go, that’s as brilliant itinerary. I couldn’t have been happier. What a great ship. If you’re ever on it, hit the custom stone oven pizza place on the back of deck 9. WOW…buckle up.
So, to my point about Risky Business….

I respect that Holland America hires me often because of the consistent quality of my performance, I’m VERY mindful to always do my best work, never slack off…. But….. every so often I get an idea for a new piece in my show that I really believe in and have to put it in…. even though it may not be strong enough yet for a Holland America performance.

Conventional wisdom is to put a new piece in the middle of your act and surround it with strong material, so that if the weak piece really dies, it’ll be buffered by strong material and the audience won’t mind that. Its good advice and true. However, this new piece demanded I OPEN with it.
So a new, untried piece of material opening the show and setting the tone for the entire performance. Normally I’d say no and keep working on it until I thought it was ready for HAL, but this time, I just had to say What the fuck.

Turns out WTF did bring me freedom, and that new piece killed, and opened the door to a killer show that night. Its partially ability to perform and be funny on the fly…and part tremendous luck. I’m glad I did it though… and I’ll keep on doing it. Sometimes, WTF moves you forward.

I’m off of ships now for a few months. I don’t perform on another ship until End of March, in the Caribbean. It’s all corporate performances and public shows from now until then.
I hope to see you out there, or better yet, if you work for a company that’s having a holiday function, give me a call. I’d love to perform for you.

Until next time,
Good Night and Good Luck,