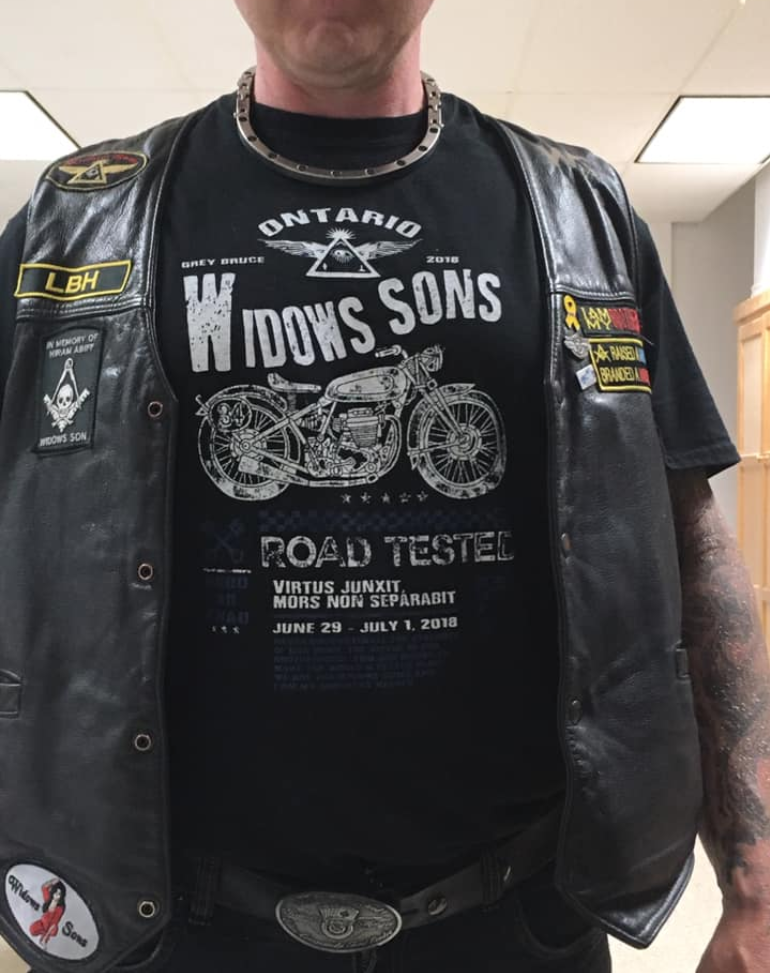 I performed for bikers Saturday night. The Widows Sons. YES, actual motorcycle bike club bikers. They’re a surprisingly good comedy crowd, hell of a good group of wonderful people and the show was to raise money for a worthy cause.
Going in I had very different expectations. I thought they’d be rough and do one of those thumbs up or thumbs down things at the end like Caesar.  Turns out they were great and so was the show. I had a ton of fun.

I’ve often said that likability is the key to great performances. A lesson learned from watching masters like Paul Daniels and Daryl Easton, artists of the wink and a smile. Comedians, Magicians ANY performer, in my estimation, can overcome anything by being likeable.

Last night I had a biker onstage, I wanted him to remove his vest ( turns out Sons of Anarchy was right, they call it a “cut”) to do a magic trick with. It seems it’s a HUGE thing that bikers do not remove them in public. I thought it was just a vest, no biggie. I asked not knowing. How was I to know? I’m a giant nerd, never been on a motorcycle. The biker I had up was a really good guy, and a generous sport.  But I asked for the vest, and he gave a resounding “no, its not coming off”. After some joking around, honesty, a little self-depreciation and just being nice, he agrees to remove it! He gets permission from the head of his order, the Gandalf of the biker world, who’s sitting in the audience and I proceed to rip up and restore his vest. It was good times watching him quite literally sweat as he thought I ripped it up in front of everyone.

Paul Daniels and Daryl were right…laugh and smile baby…it’ll work out. The best quality a performer can have, the thing that will do them in the best stead is being likeable. The strength of your material is nothing if everyone in the audience doesn’t like you.