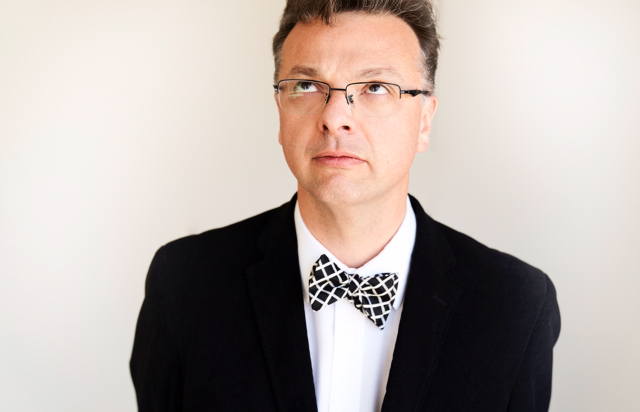 You need someone to believe in you just enough to get you started. “You need to get your break” you hear that in showbusiness. Or, “I never got my break” you hear that a too, probably more often.
Here’s the thing, almost every great experience I’ve had in my showbusiness career has come from friends in the industry. Those relationships are the real break. If you’re fortunate you’ll work with nice, genuine people who will help along the way. I’m super lucky. Any time I’ve been booked on something I’ve wanted like TV, a comedy festival, or a venue I’ve wanted to play its always a friend who’s helped set that in motion. You never know where the help is going to come from.

Pro tip: It’s a good idea to be ready when the opportunity hits, so never stop working hard, but you almost always need someone to help you get there.

Recently I was honoured to be asked for some help by an extremely talented comedian. An exceptional writer, performer and experienced more television exposure than I’ll ever have including several Tonight Show spots, many with Johnny Carson. He’d asked for help with writing a radio set that he was doing in a month’s time. This is EXTREMELY rare. Stand-up comics, especially of that stature, don’t need help writing and never want help from a variety act. I’m well aware he wasn’t asking because I’m a great writer, he’s got access to hundreds of the best comics in the country he could go to for help with jokes. He came to me because the topic of material is in my particular wheel house. Something I know about. Maybe he just wanted to see what I could do with it. Just to see if the rumors were true that variety acts can’t write. Either way, he didn’t need the help. The fact remains I DID help write the piece. Out of this experience I got something FAR more valuable than money. I got to see the way one of the world’s foremost comedians structures their work. The process. You can’t pay for access to that kind of information. Free, on the job training, and after almost 30 years in showbusiness I’m pleased to report I learned some stuff that’s escaped me.

I offer a joke, or an avenue to explore and he says yes or no and then why, where and how it should be inserted into the set. Or, why the joke is useless. Most striking to me was that when I thought we were done we did a final read through of the piece. It had been read aloud many times, and I believed it to be quite good, then a week later he calls and reads it to me again. The same jokes and material are there, but small changes make it perfect. It was an education to see how to manipulate a turn of phrase, a word here or there or changing tone of delivery augments the piece for the better. I know all this stuff, and how to apply it, but the sheer speed he applied it was fascinating. The great acts can polish sets like that. There’s the difference between them and everyone else. That, and the ability to instantly spot a working joke and shape many of them into something coherent and funny.

End of the day, I got the opportunity to do this. That’s the luck people talk about in showbusiness. I still had to be able to deliver but getting the opportunity to do so… that’s the break. I wouldn’t have otherwise had the chance to work with another comic on something like this, it’s just not something variety acts get to do. Now I can take this opportunity and apply the lessons learned from it to my own writing and also use it as leverage to perhaps work the same radio show. This is the nature of relationships in showbusiness. Its proof that at end of the day you should be nice to everyone, always, in all walks of life. It’s the right thing to do and you never know where it’s going to lead.

Until next time,
Good Night and Good Luck