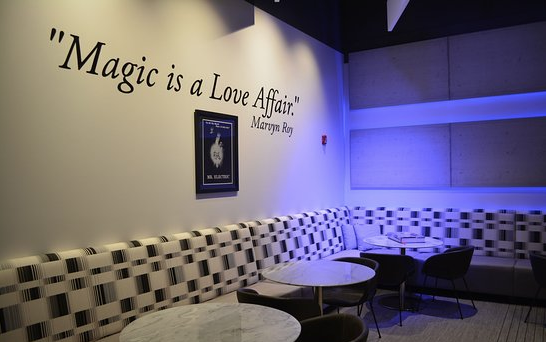 It’s cold in my part of Canada.  Toronto is always ugly this time of year with snow and frozen hell. Its depressing for me. My car was covered in ice this weekend past and chiselling it out was near impossible.  The poor beast may as well have been encased in carbonite.  Thank god I don’t owe money to the Hutts. Still, I’m better off than Calgary today where its -37.  Yea, minus 37.  I think its warmer on Mars.

I miss being at sea.  This time last year I started an 8 week run of performing on cruise ships for Holland America Line and I missed the entire winter in Toronto. That was lovely. I currently have no bookings for cruises this calendar year. Rather an odd place to be from a booking perspective.   Bookings will come as they always do. I’ve been really killing on the Holland America shows, which usually insures future work. Seems like now it’ll be last minute. That’s cool, is what it is.  Its just that its funny to me that with all this cold, ice and no sunlight a man’s fancy turns to the heat and clear waters of cruise ships. Nights of shorts and a T shirt having just ate the most fantastic food and sitting on the back deck with a glass of wine is quite wonderful.  It’s bizarre because you don’t know what you have until you don’t. For first time in my career I’ve missed the ocean. Since I’m so used to being on it performing on so many ships, being away from the heat and magic of the ocean seems…..strange somehow.

The one reprieve from the hell of living in Toronto Hoth is that I’ll be performing in Palm Springs for a week Feb 26 – March 1 at Marvyn’s Magic Theatre. Assuming my taun taun makes it to the airport, and I make it past the first marker, I’ll be there. Check out the teaser for the theatre here :

I’ll be performing with friends and fantastically amazing mentalists The Evasons.  To say they’re mind blowing isn’t doing them justice.  In the world of mentalists they’re elite. The best two person mentalists on the planet, without exception. So good they’re the only mentalist act to work the NBA half time shows for 18 thousand people. They work those regularly so if you see an NBA game, good chance you’ll see them.  Here they are in action at the NBA shows :

The Evasons list of accomplishments and television appearances goes on and on; and their body of work is tremendous.  On top of that they’re insanely nice people, who like me enjoy food…so we’ll eat our way through California’s desert restaurants in the day and perform at America’s hottest new magic venue at night. If you’re in the Palm Springs / La Quinta area please go check out the shows at Marvyns.  They’re bringing in the planet’s best magical talent and it’s a show not to be missed.  Jeff Hobson hosts the show and he’s a hilarious talent who all of us comedy magicians look up to as master of the craft.  Seriously, run, don’t walk to this venue.  Between Hobson and the Evasons you’re going to see a show so unquie and amazing its impossible to describe.  Plus the food…wow. Having me on the show is just icing on the cake. …. Mmmmmm, icing.

I hope to see you in the desert heat, or on a Holland America or Princess cruise in the coming months.
Until then,