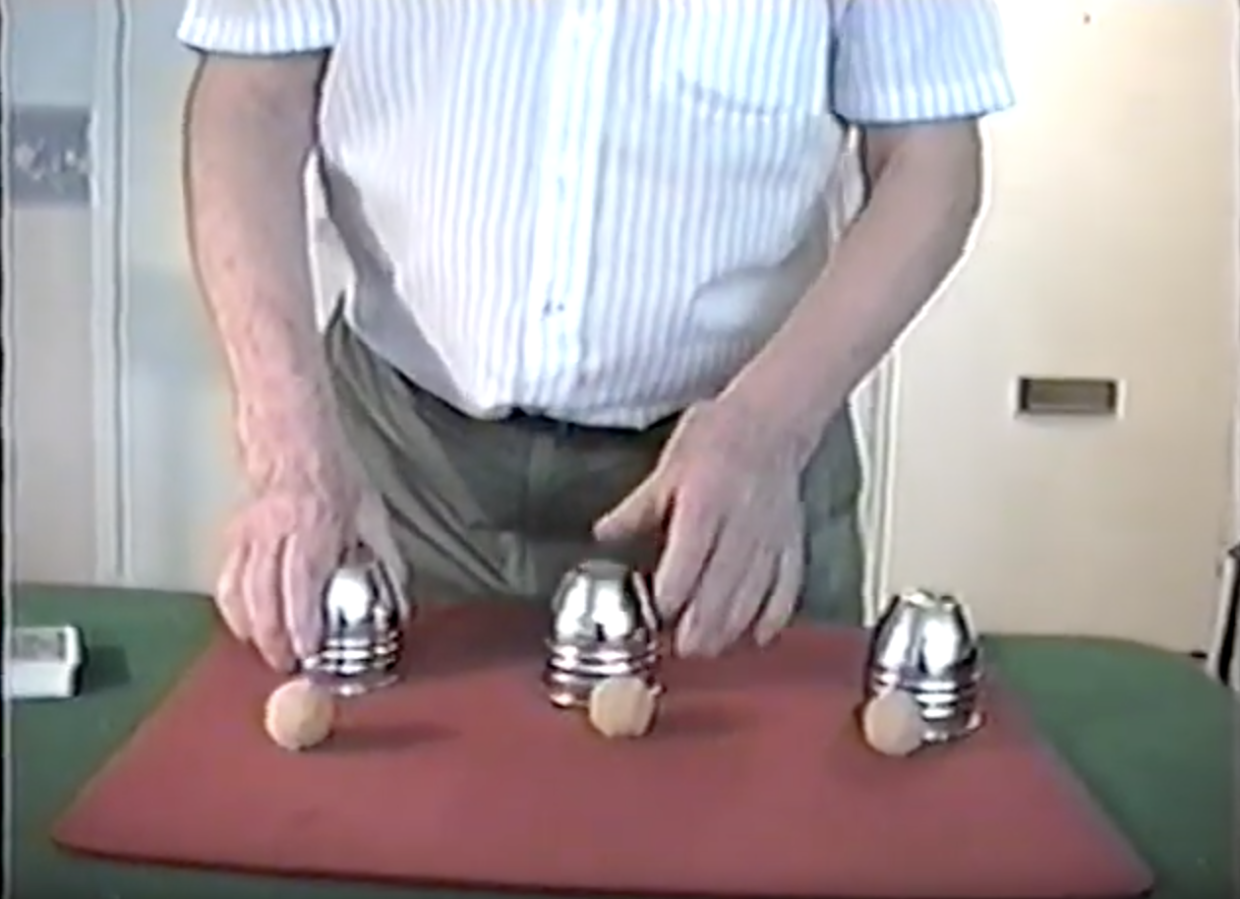 This is a story but its worth it, I think…. and there’s video too, always nice.
I miss Willis Kenny, he was a great magician and a real character. Say what you will, we don’t have enough crazy characters like that dude anymore.
Thanks to Charles McBurney I got to spend tonight watching videos of Willis doing magic and it was great. REALLY great! I felt like a kid again at the magic club. I never thought I’d get to hear his raspy, boozy voice again.

I first met Willis Kenny in my mid or late teens, we were both members at the magic club in Toronto. He had baller status then because he was a mentor of Gary Kurtz and I’d heard he’d hung with Vernon, even fooled him a few times. Card work was, to the very end, exemplary. Cups and balls were killer. Any way you slice it, you’d want to see him do something at the club. But…he sure wasn’t the warmest guy to new kids. No secret he was a bit of a problem drinker, so …whatcha gonna do. Hey, I was drinkin’ then as well. Heather Spindler vanished on me like a fart in the wind and I figured it was a good time to drink that puzzle away. So we had that in common.

At the time when you joined the magic club you had to perform for the members or you couldn’t get in. I no longer believe that to be the case. It was like fight club. First time there, you HAVE to fight. Believe me when I tell you, old crabby magicians watching you, or shirtless bare fisted fighting. To this day I’d choose the fight.
As a kid its nerve wracking doing magic for other magicians. They aren’t the best audience, judgemental and sure aren’t laughers. Its a long story. Point is I decided to do whatever Jay Sankey trick was in vogue at the time, I think something with a pay envelope and a hole punch ( some things never change ) a good, strong, quick effect. Nervous but got through it, I was proud of that. Willis chewed me out about that trick. “too much for you, that trick, put an apple on your head and give some guy the gun and let him shoot…grumble… grumble”. I dunno WTF he said or meant, I think he preferred the classics. Anyway, over the years he warmed to me. I really did enjoy spending what limited time I got with him. I learned a fair bit along the way too, just by watching.
There’s the thing, I really wish I’d worked harder to spend more time with him, I never knew him like Charlie, but at the club it was nice to see him holding court, or at the bar every so often. I should have hung out after the lectures more. I should have made more of an effort to show him things I was working on. I wonder what else I might have learned but never did if I just had the stones to show him more. I guess I’m saying its important not to ignore the older people. When they’re gone…. they’re gone and you aren’t gonna have access to them any more. Getting these videos of Willis was a real treat, I got lucky. There’s one him at convention hotel room, drink next to him, its so much fun. You might not get so lucky with video as I just did today. So make sure you hang out with the old guard now and again. Even if they’re grumpy. It’s wise to be mindful to keep up with people older than you. You’ll learn something. Healthy for both of you.
Here’s a little clip, the only one I can share because there’s no swearing in it. He’s older, but I feel he’s still got it. I think its kinda cool to see him at the kitchen table with the close up pad…. I’m gonna pour one out for Willis now.