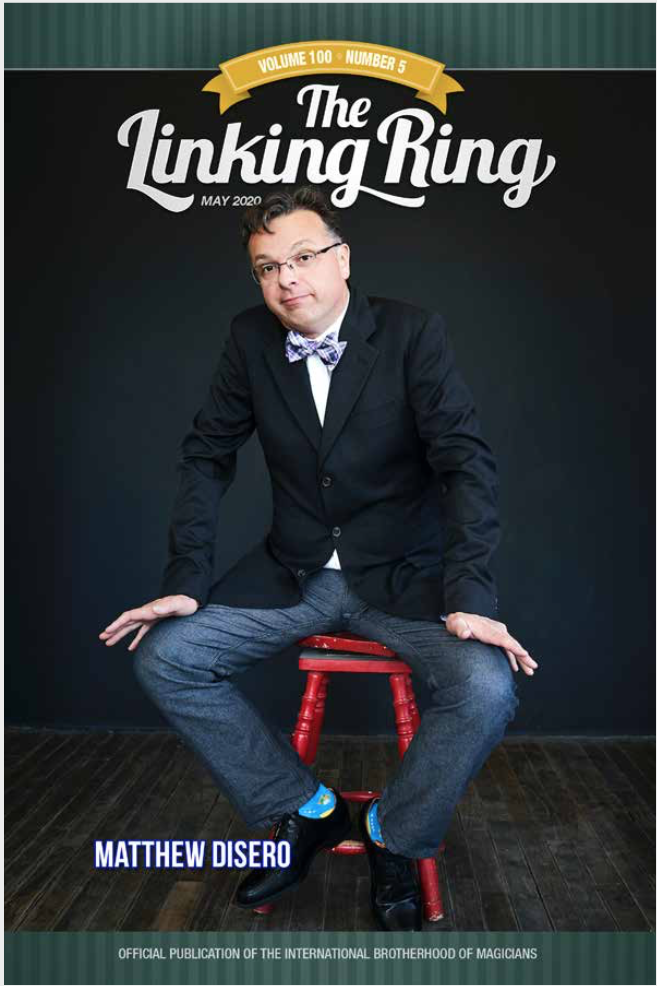 In the time of Covid and world affairs being what they are, nothing could be anything less important. I know that. To me though it’s super important. HUGE and massive thanks to everyone who helped collaborate on the parade. For non magicians the parade is the section of the magazine where tricks are published. Usually the parade is a collection of magic effects by the person on the cover.

Details of the Magazine

This month was a tribute parade. As mentioned in the article. I owe all the great things in my career to friends helping get the things I’ve wanted. What better way than to have friends contribute their effects to the parade, so we all shine a bit. This month it was filled with awesome contributions. Gifts from Jeff & Tessa Evason, Michael Close, Jay Sankey, Brian Roberts, Anthony Lindan & David Peck, were amazing. As with most things in my career, couldn’t have done it without you guys. A hat tip and big thanks to all of you. Additionally, Shawn Farquhar, Alex Zander and Sammy Smith for helping put a skip in my stride today.

Sometimes things work out, and this was really a fun thing to do. David Peck wrote the article and Photographer David Leyes ( photographer to the stars… lol ) shot the cover pic. All around a great experience and I can’t thank the IBM enough for having me in the magazine…. Truly appreciated.
Until I see you on stage or in print,
Good Night and Good Luck,