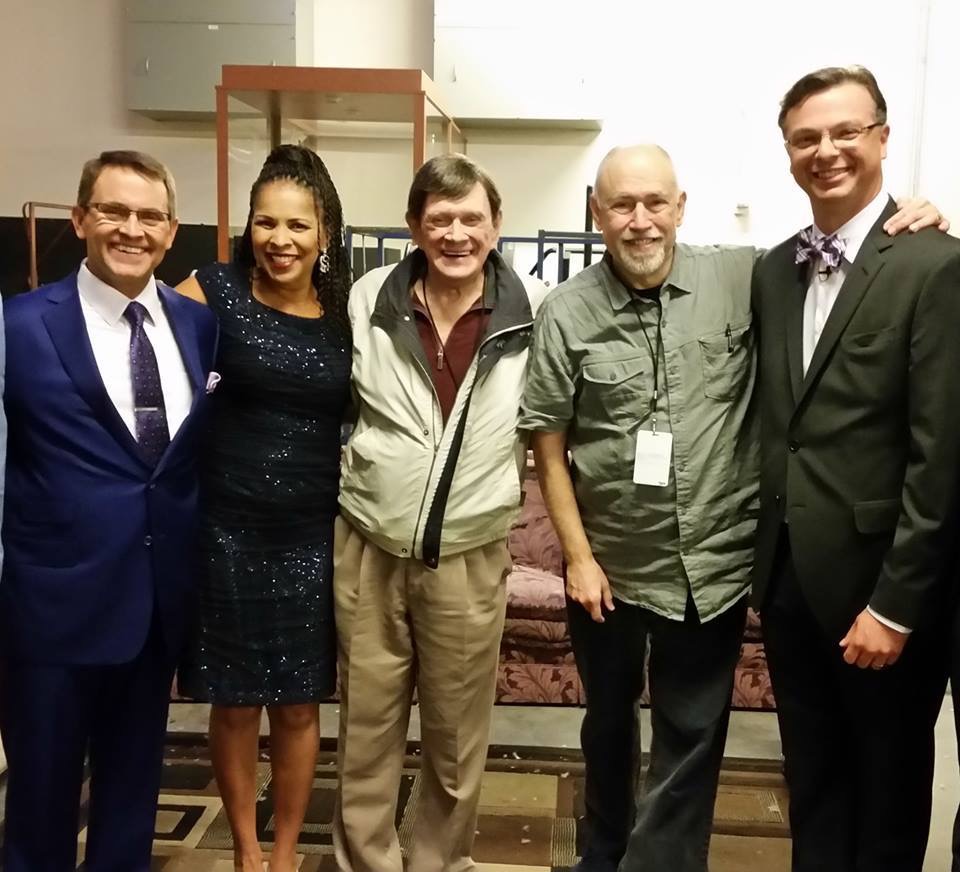 Enough time has passed for me to process the passing of Johnny Thompson. I’ve been performing on the road since his death and I remain out. Seems it was an event that hit many of my performer friends pretty hard. VERY few working acts I know didn’t have some connection to him. I wasn’t fortunate enough to know Johnny the way so many magicians and other acts did, but I got to work with him on Penn and Teller’s TV show Fool US, and had met him a handful of times outside of that.

Naturally, I’m very familiar with his work and its influence on the entire magic community. It can’t be understated. You could say of Johnny the same you could of David Copperfield, Paul Daniels and the professor, ….there’s almost no act that hasn’t been influenced by him. Its not an understatement to say that know it or not, almost every working act today has some Johnny Thomson on them. He was that powerful a force.   During camera rehearsal at Fool US, in the middle of all the cameras and chaos; he gave me a line. A small bit of business that I use every single show. Something that ties the whole routine together. I hadn’t thought of it before but was obvious to him. For him it just came so off the cuff it wasn’t anything, effortless, and crystal clear a thing that needed to be done. So smart. Amid the stress of taping an international TV show and performing on a show with the likes Mike Close and the Evasons ( who I’m fortunate enough to call friends), all three operating at a level far beyond mine, working with them on a tv show was gift enough. How great is it that I got a bit of business from Johnny the master. Of all the other cool things that happened over those few days, its nice that out of the blue my closer has a little Johnny on it. I’ll likely never drop the piece because of it.  Finally I’d say this, its beyond dispute that Johnny was a genius and his work will have ripples throughout the magic community for decades to come, possibly forever. The comment I hear most about Johnny, and the one I think is most important, is that he was like family to SO many acts. “My adopted parents, Johnny and Pam”, “Johnny looked after me when I needed it most “, “Johnny helped me through X thing in my life or career”, “Because of Johnny I’m doing this thing and I’m here now because of it”. Acts around the world and Vegas especially share this sentiment. Penn and Teller themselves say that there’s not a single piece of their work that doesn’t have the Johnny Thompson seal of approval on it. It seems obvious that Penn and Teller, who I don’t know at all, also felt he was like family to them. As if this business of show wasn’t crazy enough; its nice there was someone out there working to help everyone he came in contact with and left both magic and his friends lives better than he found it. It speaks volumes about the type of person he was. I wish I knew him better and got to work with him more. It reminds me to park the fear of meeting your hero’s because they won’t be around forever. The people who worked in this industry longer than you know more than you; and if your lucky enough they might even help you and befriend you.

End of the day, and work aside, what better legacy to leave behind than “He was like family”.