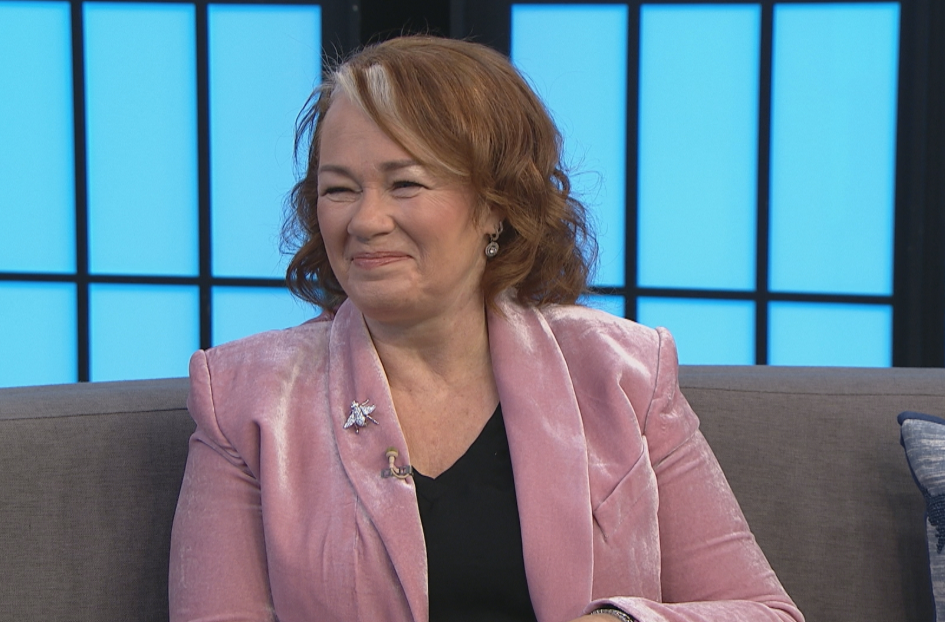 Arlene Dickinson, star of Dragons Den and one of Canadas foremost entrepreneurs got a weird bit of press the other day.  I came across it on the net while looking up memories from an old tour. It basically suggested that for all her fame and money, the notion of her helping people is nothing more than a façade. A way to generate more money for her. Meh.
Let me tell you a story about that, because I’d like to say otherwise.

I was on a show tour to Europe and the middle east with Arlene Dickinson, Hockey legend Tiger Williams, Country music star Tim Hicks, some famous NHL and CFL athletes ( like I know anything about sports )  and another female singer; new-ish to the business but connected up with Tim and a few other people.  You could see she’s on her way up. She wasn’t shy in the talent department, that’s for sure.

We flew on the Prime Minister of Canada’s plane, which we had to ourselves. About 20 of us. Talent, crew, Athletes and no one else. Pretty cool.  Here’s the thing: after we left Belgium, enroute to Italy for the next set of shows ( on a the back of a battleship can you imagine ), a bit of a jam session broke out in the the plane. Microphone, lighting, instruments, you name it, got pulled from cargo and set up in the back of the aircraft.  It was pretty epic.  A live show, just for the crew and NHL athletes and military escorts on the plane at 35000 feet.  A career first for me.

I did a spot, killed…. Tim Hicks CRUSHES it with two of his original songs, Stronger Beer being one, then a requested cover. Then the other singer, who I don’t feel the need to name, went up and did two cover songs.  She’s ridiculously talented but did covers in both the airplane show and the live shows at venues on the ground. Still, she was epic. Everyone loved her.

(Here’s a little clip from the makeshift show and Arlene herself videoing Tim Hicks singing a song. Its a bit rocky from turbulence…… )

Arlene comes up to me after the show and says really nice things about my set and that I’m funny.  She was genuine about it.  A pro to be sure, I believed she meant the really nice things she was saying. I’ve never used it as a pull quote for promotional purposes… I just like that she said it. She was like that with everybody. Then I saw her do something I thought profoundly generous.

Arlene went up to the singer who did the cover songs and told her she was tremendously talented. She instinctively knew the things that artist needed to hear.  Made her feel really special. Then Arlene asked why she sang cover songs…. Did she have any of her own work?  Singer said she did; but had no luck getting it produced and wasn’t sure of the quality. Typical artist talk I guess, lacking self confidence. Then Arlene says “you know, you’d benefit from talking to one of my friends. Sarah McLaughlin and I are close.  I’ll call her and set up a chat with her.  Between her and I we can help you get to where you need to go”. As I stood there, I thought to myself that this was just BS showbiz talk.  People are always saying they’re going to help you and don’t. This is especially true of celebrities and the wealthy you work with.  It occurred to me that the singer would feel really happy in the moment, but when the tour is over and no call from Sarah McLaughlin comes she’ll feel the sting of show business. Always a tough blow

Arlene picks up the air phone and calls Sarah. Yup, the AIR PHONE.  Yea that’s right, 35 thousand feet…just calls Sarah McLaughlin, on her cell….tells her the situation with this singer, and asks if she can help.  Something was said on the other end of the phone, then Arlene hands over the phone and says “ Sarah wants to talk to you, ask her anything you like and take as much time as you need”.  That happened…. And much more.

Here’s the point of it.  Arlene didn’t GET anything from that transaction other than helping out an artist and human being she thought had talent.  That’s generous, charitable and with no ulterior motive. I think that’s the kind of person she is.  I’ve watched her with people quite a bit on that two-week tour.  It’s how she rolls.
When I read that Arlene is somehow selfish and out to just make herself money at the expense of others, I think of this story. I think completely the opposite. From my relationships with her, I just don’t see it.  She doesn’t need MORE money, that’s not the driving factor anymore.  She just wants to help people where she can.
I’m no one….who’s gonna listen, but I feel its necessary to put it out there.  My experience is not what I read on the internet in that post. I think she’s a genuinely good person who cares about people and her family and remembers what its like to struggle. On the way home we were delayed going into Ottawa to make connections to Toronto. She once again got on the air phone from the military plane and called Air Canada… said we were coming in from am armed forces tour and used her celebrity to get them to hold the plane, check our bags and tag them through without us even being there. It was a really nice thing. I only had one night at home with my family before I had to fly out for another tour. Had I missed that connection I wouldn’t have seen them. She made that happen. I’m eternally grateful.

The Elevator has gone all the way up to the top for Arlene and she clearly feels the need to send it back down to help others waiting to take the ride up.
Just my 2 cents,
Good Night and Good Luck,

PS
The Military let me sit in the cockpit on landing. If you’ve ever wondered what its like to land an airbus from the pilots position. Here it is