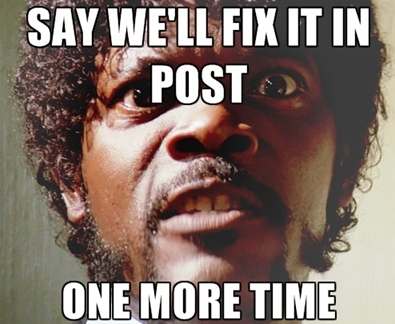 I’ve been lazy about posting. Exhausted more like it.  Between normal performances at corporate events, my kid and new work opportunities, it’s been a mess.

Travel has occupied my life.  In the last week, I’ve travelled to Los Angeles for a week and then returned home to perform at a corporate after dinner holiday party.

The LA portion of this trip had nothing to do with corporate entertainment, I was working “on camera” ­­­­­as the host of a show about green energy. It’s been an interesting experience. Outside of performing my magic comedy act on television I don’t have any experience working on camera in a host capacity. I like to try new things.

I’ve had a wonderful time learning how to work with a film crew, drone cameras, hair and make-up people and all of the other wonderful artists and craftsmen that make a pretty picture appear on your television.

I mention all this because it was obvious to anyone on set I didn’t know what I was doing. That feeling of discombobulation and lack of confidence reminded me of my teen years. When I first started performing in theatres and venues outside my high school and hometown. WOW, I totally forgot the feeling of being disoriented while everyone else around you are comfortable and in control of their environment.  Usually it’s me who’s so comfortable on stage with a live audience that it allows me to try all sorts of things with confidence. Not this time.  I was a preschooler in a world of PhD’s.

I wish I could offer some concrete advice about this sort of thing, but I can’t. I feel there’s something to be said for the “fake it until you make it” approach, but that’s not exactly it either. Be it onstage doing your new act, performing on television for the first time or working on a tv show where you have no access to your act, those first few times are going to be hard and you may even suck.  I think the approach has to be to ignore the feeling of inadequacy, walk with a purposeful stride, do your best, and remind yourself that those feelings of self-doubt are natural, and often blown out of proportion. True or not, you’ve just gotta plow through it. First time doing anything in life is just really damn hard.

Let me end on this little story. While shooting this thing in LA last week there must have been at least 10 times I KNEW I was holding up the crew and pissing them off because I was screwing up lines, or just couldn’t get the take and we were losing light. Making all those mistakes you go deep into the downward spiral of thinking you just want to leave, everyone is looking and thinking you suck, you look like an idiot…. . it’s like first day at high school. The director was very good and remained positive and very reassuring. Not to worry, “we’ll fix it in post”. It’s a common expression used by film and television professionals meaning that whatever the screw up, it will disappear in the editing room.  Still, no matter what anyone says you feel like a complete screw up.  That’s totally natural.  Ignore it.  To prove the point, I just saw a rough cut of what we shot in LA and it looks AMAZING.  It’s now something I’m proud to be attached to. 24 hours ago I wouldn’t have wanted my name attached to it because I was sure I destroyed the whole thing.

So. Go forth and try something new.  It might suck or it might be great. Get out of that comfort zone at all costs.  Your comfort zone is where your dreams go to die.