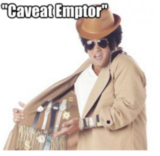 Its a question of professionalism even more than ethics, although that comes into play too.

Its no secret that I specialize in corporate after dinner comedy and magic shows. I have a very specific skill set I’ve developed in order to be able to entertain in a conference environment. Its different than performing in theatres or on cruise ships and it has its own set of challenges. My skill set is very unique and works for a niche market of corporate clients.

Conference and Convention entertainment offers challenges that are often overcome with good planning and communication between the entertainer, the meeting planner and the venue.  Sometimes, those challenges are just too great to over come. I mention this not to sound difficult to work with or negative, but because its true.

Submitted for your approval….  case in point.  A story which illustrates the things to avoid at all costs.  I was approached by an event planner I’ve not worked with in 15 years to perform at a holiday function. Everything sounded fine until the details came in.  The client wanted the show to start after dinner then an hour of speeches and awards, then a break, THEN my show. Any person working in this industry knows there’s absolutely no chance for success with that set up.  ZERO. Yet, the client was adamant about that order. I give the event planner credit for trying to impress upon the client the serious nature of their decision.  Basically this client is wasting money on entertainment.

So, its now a question of ethics and perception. For ME, ethically I cannot acccept the booking. I would be literally stealing money from an unsuspecting client.  While I know the event planner made clear the dangers of hiring me for this event, and other entertainers will gladly take the booking, I just can’t make money by way of ignorance and arrogance of a person who works for a firm that has nothing to do with entertainment.  This client honestly thinks this format will work, and refuses to change it or heed the warning of the planner.  So be it, but not for me.

There’s another side to this too, one which entertainers rarely seem to think about. They think its best to take the money and “a fool and his money were lucky to get together in the first place”, so grab the cash and do the gig.  Problem with that is the short term nature of their thinking.  Sure, you’ll make a quick 4 or 5 grand…BUT, if you’re seen dying, no one remembers that the conditions were terrible.  Not a soul in that audience thinks anything other than “WOW that entertainer was terrible”.  The event planner also sees you die, and that will be his last memory of you. Not likely to use your services again. Its about perception, and that’s not the image about your work you need floating around.

Obviously took a pass on this gig, but I know some other comedy magic act will take it. Not who the client wanted.  They asked for me. The client won’t be happy, the whole thing will reflect poorly on the entertainer who prostituted themselves for a quick buck, the event planner and the evening.  Sometimes its best to just say no and maintain your integrity. As for the clients, they should at least know to listen to an experienced event planner and take it as a sign when the entertainer they wanted says no to the event because the conditions are poor.  Still, it’ll all move forward as these things so.

Best of luck to you.

All the best for the holidays both now and later