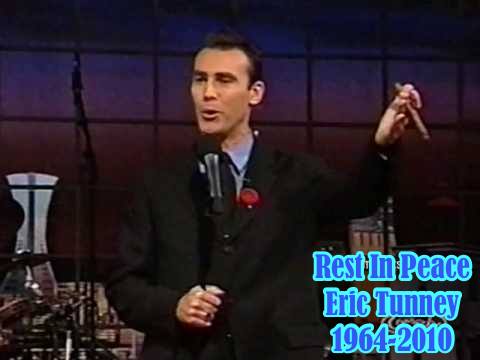 When I was 16 I won a comedy competition in my home town, Brampton Ontatrio, just outside Toronto. Along with a small cash prize I won a guest spot at the Laugh Resort Comedy Club in Toronto. At the time it felt like a pretty massive deal. I’m not sure I’d ever been to a real comedy club at that point.

Night of the show I died a spectacular death. Nerves, woefully weak material, zero confidence, the trifecta of shit. After my set I went to the back of the room with all the other comics. An area right near the front door to the club and I should have gone through it. True to form those acts didn’t waste time telling me how crap I was. Even the club manager got in a few shots, but he was just living up to his D bag reputation. I was awful, no question. There’s a school of thought that says new comics need to be given a hard time in the beginning, because if you’re easily swayed from returning to the stage, you weren’t meant for this business. There’s probably some truth to that.

The headliner on that show was Eric Tunney. I’d heard of him of course. His reputation was pretty stellar. Impeccably dressed, cigar in hand, confident, casual, extremely likeable almost instantly. Seriously funny. Wow.
After the show he approached me, noticing that I’d had the wind taken out of my sails in a big way by the other comics and said “You’ll come back, right?”
No, I replied, I’m pretty sure this isn’t for me, I’ll stick to magic and the magic bar downstairs.
He looked at me like I was insane and said “It goes this way for everyone you know. Not one of these guys was good the first time up. Ya gotta come back, you’ll get better… and it will get better”.
Such a small thing, likely something he’d never remember but the impact was profound. A small bit of generosity that I never forgot and always have tried to pay forward.

I did come back and it did get better.

I never knew Eric the way a lot of comics did. We were not close friends that hung out, but from seeing him around town and working with him I got to know him as well as I could. In the following years I’d been a guest on his TV show a couple of times and saw him at various gigs. He was always super nice. End of the day I felt like Eric deserved better. I’d often heard him referred to as “Mr. Almost”. He almost had a lot of great things in his career. Almost a talk show host etc… Showbusiness is a cruel mistress. Outside of performance type things what he really taught me, on more than one occasion, is that generosity of spirit goes a long way and that’s a rare thing in stand up comedy.
I sure do miss him.
Gotta go listen to some Sinatra now…..
Good Night and Good Luck,