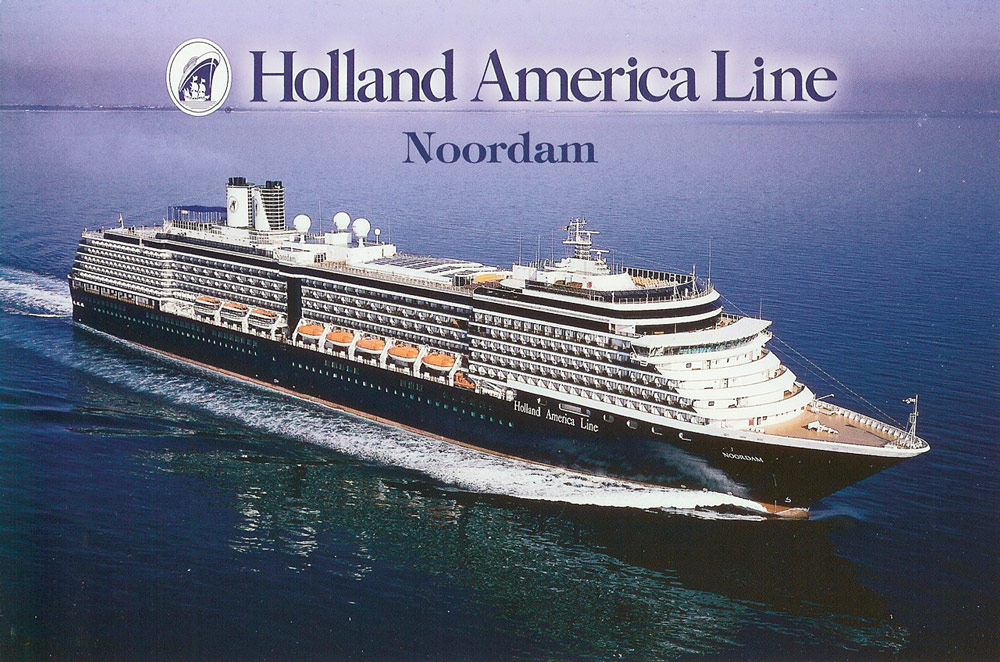 For the last week I’ve been performing on a Holland America cruise ship to Alaska. I flew from Toronto to Anchorage and joined the ship. Its been about 3 years since I’ve worked my show on a ship and I think I’ve missed it. I have two weeks onboard.

For my part, the shows have been absolutely amazing.  I’m one of the many headliner shows that Holland America hires to entertain its passengers. The theatre is beautiful here on the Amsterdam.  It’s small by cruise standards and seats maybe 800, but its perfect for the type of act I do. Its so wonderful to perform for a full house of people who want to be there and have fun. It makes generating a standing ovation or encore not that hard and the tech crews are world class, which helps tremendously.  Its a real joy to present my show in these theaters.

Cruise ships hire entertainers to be on board for a week, but only perform on one day.  There’s an early and late show. They argue that I need to be here for the week incase the seas are rough and acts in another show can’t work due to rough seas etc, they keep me here as a back up. I understand that.  I used to want to go home once my show was done, since there’s no need for me to be here. I just wanted to leave. In 10 years of working ships I’ve never had to fill in for another show.  BUT.  Upon reflection, its not much of a hardship to cruise and get paid for it, live in a beautiful cabin and eat gourmet food for a week. Two weeks in the case of this contract. Naturally I miss my family, but that’s the nature of what I do for a living.

If you’ve never done an Alaskan cruise, I highly suggest it.  The Hubbard Glacier, Anchorage, Ketchikan, Seattle and Victoria British Colombia are just some of the stops on this unique cruise. Here’s the thing, I’ve been paid to perform all over the world and seen many amazing things from the north pole to Italy, to the middle east to Peru, but there really is something striking about Alaska. It really is, as they say, last frontier. Where else can you see a glacier, whales, puffins, bears, sea lions and bald eagles all in the same day? An interesting side note is that Holland America Cruises invented this particular tour through Alaska.  They were the first here and plowed the road so everyone else could come.  If you’re going to make this journey, you may as well do it with the people who were first.  The ports offer you the ability to dine on fresh Alaskan King Crab and drink Alaskan amber beer for a reasonable price, the locals are amazing and all the while you’re still in America. Tough to beat that.

I spent my whole life recognizing my lucky breaks after they were gone. This might be the first time I’m actually seeing how amazing something is in real time. Get up here if you can. I’ll save you a leg of crab.