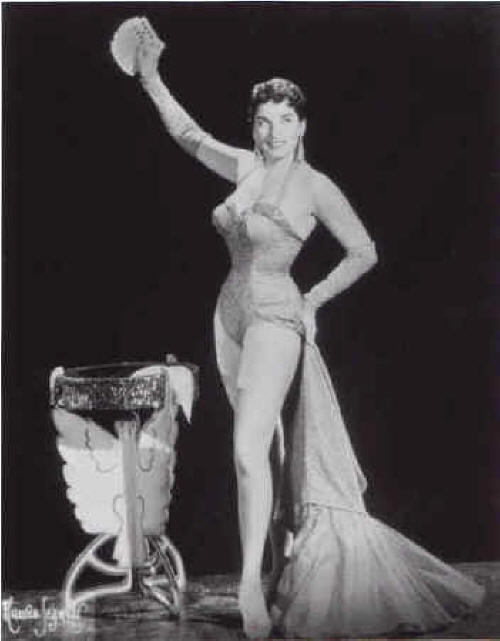 A short post this week, more of a tribute really. The usual hustle and bustle of selling my wears to conferences and conventions and other corporate events can be put on hold for a short while to reflect on someone who very few people know. Likely few people even in the magic, comedy or vaudeville worlds know. Celeste Evans was a unique talent. A magician of unusual skill, and since she started in the late 40’s and 50’s, you need to remember that she really broke ground for female magicians.  There simply weren’t any.  The following is what I wrote on facebook and posted a few other places about her.  Check it out.  Maybe google her if you don’t know her work.  You should, she was important and historic.

Celeste Evans died yesterday. She was Canadian you know. Even when she was young and told girls “couldn’t do magic” she said fuck you and did.
She played the Ed Sullivan show, toured the world and made television appearances on the biggest programs of the day. She dressed differently than male magicians and figured out how to do dove magic in ladies evening wear . Easily a pioneer in that end of magic. We had different approaches to performing, naturally I take a comedy approach and she took a more serious magic approach, but I respected her very much. Some people walk on a path, others blaze it, and she was there with a machete making a path for others to go down.
I’d met her on occasion. I liked her a lot, mostly because when society told her she couldn’t do something she just went about the business of doing it.
RIP ma’am