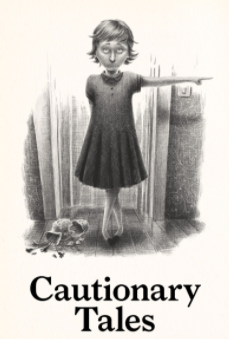 “Some people are just beautifully wrapped boxes of shit”

I was a pretty fair close up magician. I worked higher end gigs doing close up magic. “Good chops” as they say and I had some good original ideas. I was fortunate enough to be connected up with some profile close up magicians at an early age and that helped a lot. Having regular performing time at restaurants all through the early part of high school helped too.

Fast forward to 2020. I have little to do with close up magic. My performances now deal with stage comedy and magic. I make a comfortable living travelling the world performing in theatres and cruise ships and corporate events. I work for thousands of people at a time. Turning out to be a comedian and magician and not a close up artist wasn’t the worst path a magician could take. That said, I do miss close up a lot. I turned my back on it.

The shit bus flipped over

Early to mid 90’s. Out of town at one of those higher end magicians homes ugly things were said about my work on a particular piece.  It was shockingly stupid the argument this person was making. I left the house in disgust and as I walked to the subway; removed the pack of Bee cards from my pocket and threw them in the trash can. Never picked up a pack of cards for any type of serious magic for over a decade. OVER TEN YEARS. It was depressing I let that happen.

Today that magician would say if you can’t take criticism its not the thing for you, or that it pushed me to do the work I’m doing today, which he thought was the right path all along.  Its bullshit, and they know it. There was no offer of criticism. It was coming from a place of ego and insecurity.  Absolutely disgusting, and not the first time I’d experienced it with this dude.

I am happy the way may life turned out.  The comedy community was and is very supportive. I love magic to this day.  My show is full of magic work I’m proud of.  I love to try new magic in my act and make it funny. I always will.  My feel with a pack of cards will always be different now. You lose that touch that you get from working a certain way.

Never let anyone have that much power over you. EVER.

Never let some douche bag tell you that you aren’t good enough, or your ideas are crap or that you won’t go anywhere.  The people who act that way and are really projecting their inner negativity and self loathing of themselves out at you. The tale they tell is everything is wrong with what you’re doing. Really they’re just frightened little children, small minded D Bags who are fearful someone will come up and take from them what they have. Whatever work it is they’re trying to discourage you from, music, dance, writing….whatever, don’t listen to them. Just do your thing.

I’ve learned to never listen to the critics, do what you like to to do. Negative people will use their supposed love of their art to justify levelling ugly things at certain people.  They don’t love it. If they really loved it, they’d be trying to make it better by interacting with younger artists and helping them up the ladder, not trying to pull out rungs from under them.

May your close up mat be lint free and your crimps be invisible…..

Take the Power Back…..