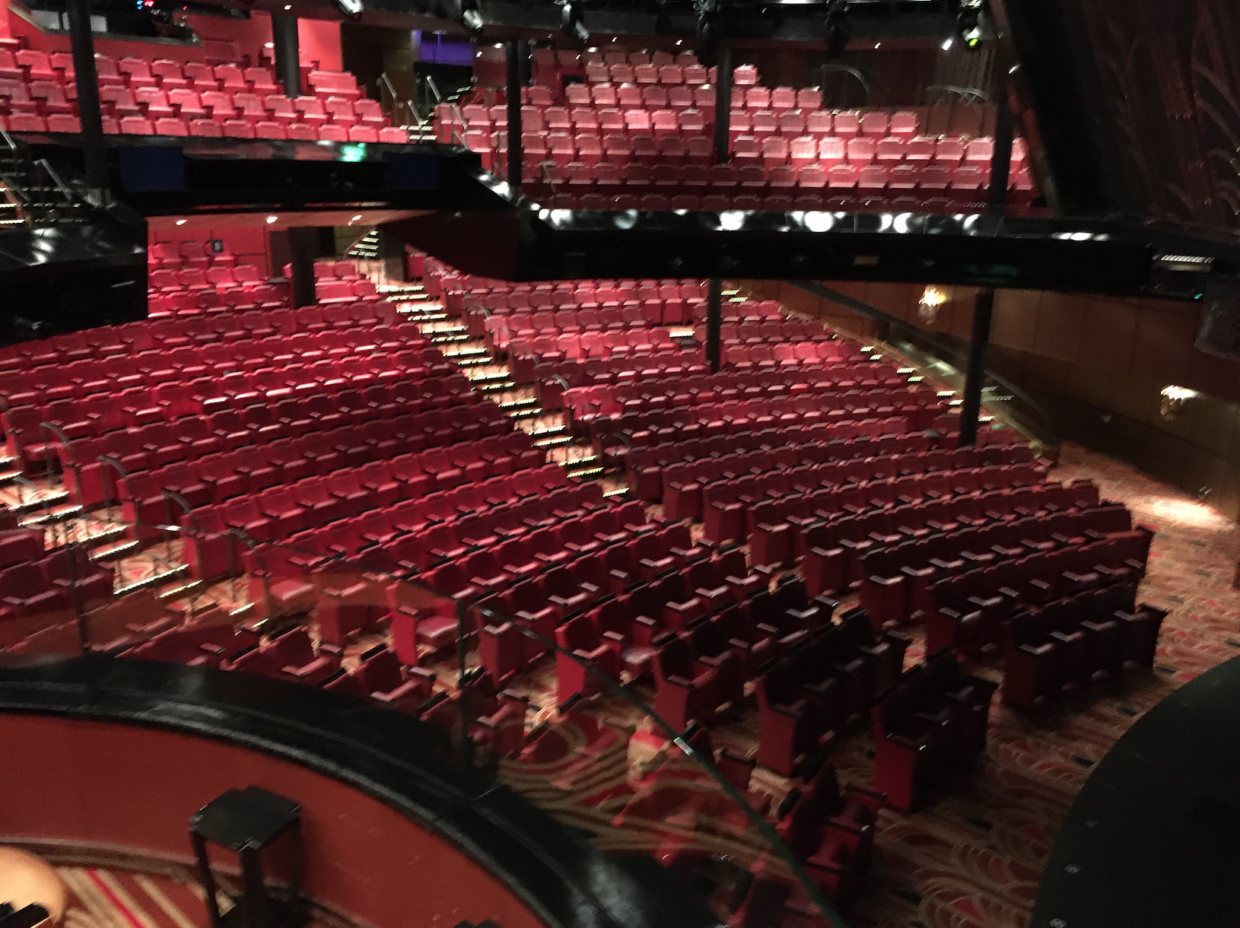 Buy the Ticket, Take the Ride

You become a creature of it.  The hotels, airports, Ubers, the public restrooms and the enigma of how people toilet themselves in a way that makes the mess you see before you. I find a certain zen calm to it all. I’ve been a professional traveller for the better part of 30 years. I’m the Willy Lowman of the airport set.

Not sure if its familiarity, genuine comfort or some combination of both but I find getting on to a Holland America ship very….. relaxing. Crazy I know, but even amid the joyous zen state of travel, when I join a HAL ship to perform for a week or two the familial comfort of is like going home.

Over the years I’ve wracked my brain trying to figure it out.  Travel is nothing new to me;  you learn to live where your feet are. I’ve performed on many many cruise lines but nothing has the feel of a Holland America Line ship.  I consistently hear this from passengers also. At first I thought it was owing to the cabins layout being not dissimilar to my that of my first apartment, or that the king size bed and wall mount tv are Feng shui’ed to line up the same way as in my first house which I dearly loved.  Its none of those things. No one can succinctly put their finger on it, as you’re about to read here.

I just returned from performing for a week on the Neiuw Amsterdam, a Holland America classic. Wow did I have amazing shows! You couldn’t have asked for better.  The audience and crew all brilliant.  It made me so very happy and come the final day I didn’t want to leave. I spent more time thinking about WHY I didn’t want to disembark than I probably should.  End of the day, its just about calm. Most cruise lines have a bulky checkin procedure, the cabins are not well appointed and layout of the cabins aren’t functional. Even the process of dining can be clunky. Holland America Line seems to get all those things right, and more. Less friction more relaxing.  It seems they’ve ironed out the small details that combine to make travel easy across the board.

When I join a HAL ship, I do so as a passenger.  My experience is almost exactly the same as theirs.  The only difference:  I’m being paid to be there and passengers are paying to be there. My cabin is the same, generally with floor to ceiling windows and all the amenities you could hope for. I can do anything a passenger can do.  I am not crew.  Passenger status is one of the HAL luxuries for which I am extremely grateful.  I’m not sure I’d want to work a cruise line that would make an entertainer join as a crew member. Point being; from the cruise terminal to entering my cabin with its big closets, sizeable bathroom and comfy bed, my pulse never rises above 60. I’m just so HAPPY to get on and be back to the food and routine and calm that I love.

I started performing on cruise ships about 14 years ago. I was in another relationship at that time, an absolute horrible nightmare of a home life. My partner had simply used me for a free place to stay while she finished her masters degree, used me for free trips all over the planet, never paid for anything ( not a bill, or a meal out or grocery store item ) and while I was out of town tooled my BMW around the city accruing parking tickets near her work. She even confirmed these facts and actively looked for other men. Gleefully describing all this while I was away, describing the process in some detail via email to her friends.  Don’t ask how I saw the emails. Idiot that I am, I bought a house for her closer to her work in Toronto, and sold my first home to finance that, costing me an ungodly amount of money that I never got back. I made bad choices. Never should have let it happen. In the end she said we were more roommates than lovers, to which I replied roommates pay rent.  She broke me. Emotionally. Literally. Financially. She stole from me my time. I lost all my equity, and everything I had. The last night she picked a particularly ugly fight.  Trying to provoke me to hit her pushing me in the chest, yelling, screaming “what are you gonna do about it you pussy”. Ugly.  Pretty bad behaviour for a social worker.  I ended up leaving my own house rather than risk being pushed to something awful. I drove from Toronto to the burbs and slept in the middle of the night at my parents house. Queen of the harpies, she wasn’t going to get me into one last bad decision.  I’ve since moved on to greener pastures.

I tell you that detailed tale of personal ugliness because it illustrates that end feeling at my parents house. Amid all that horror, my parents house was the calm in the centre of the storm.  I’m sure you can imagine, after all that just arriving, hitting the old bed and not worrying any longer, at least for a short while. No more stress. That is EXACTLY how I feel when I join and am performing for a Holland ship.  A lot of entertainers will tell you they hate ships, and that its not for them.  I meet too many acts who feel that way.  They use it for money. I disagree.  I think they’ve not found the correct line for them.  That’s the key. Find the cruise line that makes you feel as comfortable and looked after as you do when you enter your parents house.  I highly recommend HAL for that.  Try it once, and I bet you’ll be hooked.  I genuinely love it. Holland America seems to have a unique way of making you feel like you just went back to your old house one last time. I guess that would make the woman who books the talent for HAL kind of like my travel mom.  Funny, because while you hear stories of her being tough, she always does what’s best for you in the end.  She’s a good parent in that regard.

BTW, regarding my ex succubus. Fear not. While that experience financially ruined me for the rest of my life, the repercussions of which I still feel to this day, I did exact some revenge. You know the emails I mentioned? The ones where she detailed her escape plans about a year out, and how she was using me for a free place to stay while she finished school, and was after greg, the nerdy guy and also looking for a more brown man at the same time, and that she was happy not to have to pay for anything…. Well, I printed those emails off.  I highlighted the sections I just described and fedex’ed them to her parents, with a cover letter that simply read “This is what your daughter is really like”.

Sometimes its the small victories. Buy the ticket, take the ride.