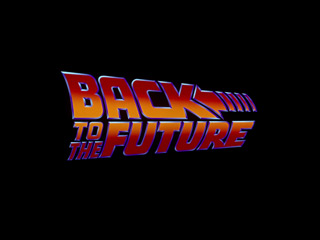 Back to the Future

Tomorrow I’ll be 43 years old.  Crazy. It makes you think a bit, each birthday that comes now, seemingly faster every year.

When I started out in magic as a small child, I’d never have guessed I’d turn pro at 16 years of age and never have to get a job of any kind other than performing my act for the next 27 years.  If I’m lucky, I’ll get to perform full time for another 27.  Two and a half decades of making a very good living, being paid to travel and entertain audiences across the globe.  Its a fine transaction

I’m going to be a bit self indulgent here, but tomorrow is my birthday, so there. I’m quite proud of the fact that I’ve never had to have a “day job”. Along the way this career turned me into a favorite act for corporate conferences and conventions throughout North America and Europe,  I’d tour in dozens of countries, headline casino and cruise ship stages, work with celebrities and perform on international television.  Not bad for a kid from middle class Brampton. If I could go back in time and tell my 8 year old self who just got Henry Hay’s “Amateur Magicians Handbook” everything I just said and that this was the life to come, I’d never have believed it.  Even if you told me in high school I wouldn’t have believed it.  Then again in high school if it didn’t revolve around Heather Spindler or Doctor Who I wasn’t much interested.

Naturally it hasn’t always been great, every career has its ups and downs.  I’ve been hospitalized while performing in Kuwait and survived mugging at gun point in Greece, and being thrown in prison over night in Belize. Hey, take the good with the bad.  Currently there’s another act here in Canada who’s trashing me to all sorts of agents and event planners, trying to bump me out of work, so he can have more and be perceived as THE guy.  He’s totally lying and making himself look like an idiot, but you know, for all the B.S. things like that, which happen time to time in business, its still the best job ever.

I get to spend most of my time at home with my family.  I see my son all day, every day except when I’m out of town for shows.  Usually I’m away only a few days at a time.  In September I’m headlining the theatre on Holland America’s cruise ship in Alaska.  I’ll be gone for 2 weeks.  That’s the longest I’ll have been gone in the last 2 years since Ferris has been born. That’s pretty great.  You always hear that working for yourself is tough and that there’s no pension or benefits.  That’s true.  However, to me the only real commodity we have in this bankrupt little life we’re given is time. Showbiz allows me to have more of that commodity, keep it to myself and not give it away for 8 hours a day to someone else.  At the end of all of it, if I ended up broke or worse, I still think its worth the risk to have had all this time. Besides, its always best to bet on yourself….never know what cool stuff might pop up.

“Buy the ticket, take the ride”