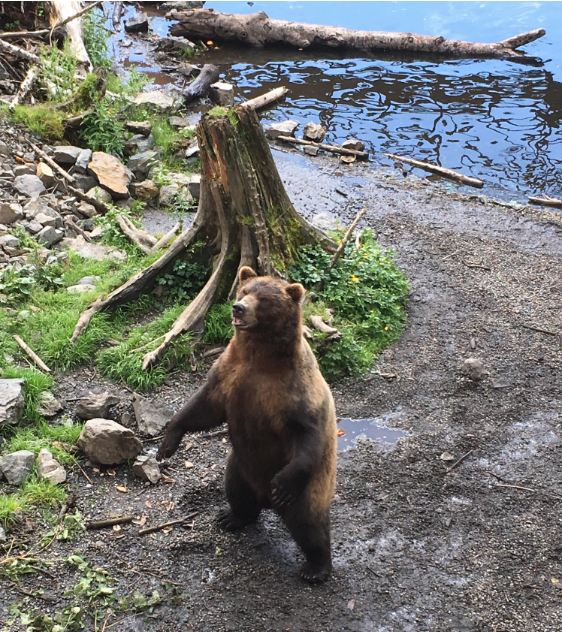 I’ve recently had my website completely redesigned by a FANTASTIC company in New Zealand called NokNok. Google them up if you need work done to your site, they’re great to work with. Now that’s done its good to be back online.

I also had the great fortune to perform on another one of Holland America’s fine ships; the Amsterdam, to Alaska for 2 weeks in July sailing out of Seattle. The fine people at HAL even agreed to let my wife travel with me, which made for a marvelous 2 weeks. The shows were absolutely KILLER. First night’s standing ovation, witnessed by my wife made that a bit more special.

I often talk about about Holland America Line on this blog because in the last year ( it will be one year in September ) they’ve booked me to headline shows on their ships with real regularity. It’s been wonderful and I’m hard pressed to describe how much fun I’ve had working for them. In 25 years of performing full time I can honestly say that I’ve never enjoyed going to and performing any contract as much as I do this cruise line. I hope that after October when my current run of ships ends, they deem to book me more, because it’s a real treat.

That said, on Sunday I’m about to embark on an entire MONTH on the seas for Holland America. 2 weeks on the Amsterdam and 2 more on the Zaandam. The last time I went away for a month I was in my 20’s. At first, I was a bit freaked out by that much time away, but I’m reminded that HAL has the best food of any ships on the water, the cabins are super comfortable, well-appointed and roomy and the service staff is fantastic and help with anything I could ever think of. My cabin steward the last week I was there was so chatty and I loved hearing about his family and chickens in the Philippines. I looked forward to seeing him every day. So, I think a month will be pretty easy. I’ll miss my wife and son of course. That’s the hardest part….but everything else is pure luxury.

I perform on the Alaska runs on both the Zaandam and the Amsterdam, I would love to see you there. Please, take the cruise, you won’t regret it. Holland America pioneered the Alaska vacation and they’re the best at it, and their captain’s get the ships closer to the glaciers than I’ve ever seen on another line. You’re in for the vacation of a lifetime. If you come, please, find me after the show. I’m always thrilled to chat or have a glass of scotch with a passenger interested in chatting about anything. Its pretty common for me to show you some magic at the bar while we’re having that scotch…so… you know, I like Oban scotch…just sayin’ 😉

I’ll write from the sea, until then,
Good Night and Good Luck,